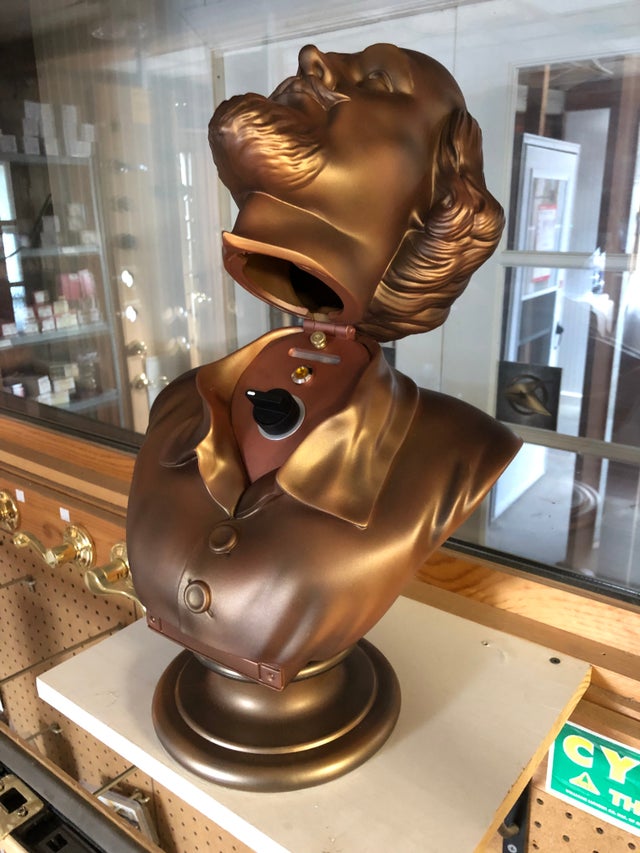 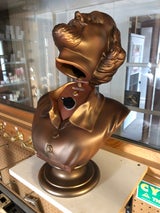 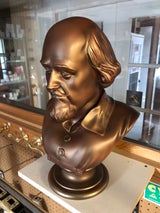 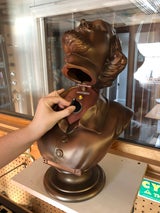 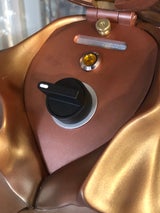 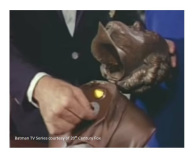 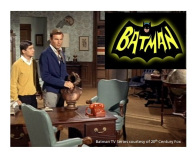 With a call to duty and a flip of the secret switch, revealed a pair of Bat-poles that transported our Heroes down to the waiting Batcave to once again pursue their never ending battle for Justice in Gotham City. Bruce Wayne, Dick Grayson, and Alfred the Butler would activate the switch to open a hidden pocket door to the access the Bat Poles. "To the Bat Poles!"

This item is a 20" Vinyl Shakespeare Bust Coin Bank modified with functional switch, light, and optional transmitter to activate your door! This is a replica of the one that was in the study in stately Wayne Manor next to the red Batphone. Coin slot covered during modification. Choose what door operator you would like it activate or choose low voltage wired for your own activation.

Holy Nightmare Batman! - Due to limited production & shipping issues, the vinyl coin banks are nearly 5 times the price they sold for when we started this special project. We will discontinue selling complete functional busts and only offer the parts kit until further notice.

Switch Kit Only to convert your bust available here

Sold out
Add to Cart